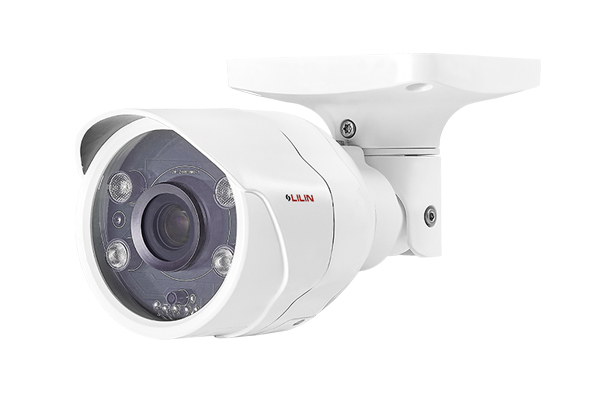 Running cables to a camera is no fun at all. Every unit needs both power and way of sending a feed back to base. It’s hard enough inside a building or vehicle, but remote installations multiply the challenges. That means taking cables out to access gates, parking lots, or anywhere else that needs monitoring. Run them above ground and they’re exposed to weather and attack. Put them underground and you face some steep bills. Switching to Power-over-Ethernet (PoE) cameras halves the problem and could help solve it entirely.

Camera systems have almost limitless applications. Among the most common are:

Webcams for instance, use USB. However, USB has a short range, limiting its use in remote monitoring applications. Industrial and commercial users tend to prefer cameras that communicate over Ethernet. Some people call these “IP” cameras (short for Internet protocol) because they send images in packetized form, while others prefer “Ethernet camera”. You may also hear the term “GigE”, short for Gigabit Ethernet, which refers to data transmission speed.  All networking equipment uses the same cable: CAT 5 or CAT 6 with RJ45 connectors.

Another feature of these cameras is their low power requirement. The image acquisition chip draws very little power.  Even after digitization, not much more is needed for image transmission. Many IP cameras operate on less than 5 watts (W).

Look at an RJ45 jack, and you’ll see eight individual connectors. Only four of these carry data. The remainder went unused until the invention of PoE. Around the year 2000, engineers working on VoIP phones at Cisco hit on the idea of running power through these otherwise unneeded wires.

Today PoE is governed by two IEEE standards, 802.3af and 802.3at. The former defines a power supply of no more than 15.4 W per port or cable.  The latter, sometimes referred to as PoE+, provides up to 30 W. That’s more than enough to power most modern digital cameras.

Two things are needed to use PoE: a camera designed to receive power through the RJ45 connection and a device to inject power into the cable. This can be done by the network interface card (NIC) in a PC or by a network switch or bridge.

In a single camera application, it may be possible to connect the camera directly to the DVR or PC with Ethernet cable. IP cameras have a range of less than 100 meters in point-to-point mode (hooked directly to a DVR or computer).  But, they can also be connected through network Ethernet switches.  A switch lets multiple cameras connect to a DVR or computer through a single cable.

A more cost-effective approach might be to use a wireless bridge. This links an Ethernet device to a wireless network. A PoE bridge like Antaira’s line of Industrial Wireless Access Point/Bridge/Repeaters saves the time and expense of running cable.

In multi-camera setups, Ethernet makes it possible to send images from two or more cameras through a single cable and hence into a NVR or PC. This is done by using an Ethernet switch. A switch is a network device that links multiple Ethernet devices to a single point. Using a PoE switch avoids the time, complexity and expense of making individual power connections to each component or device.

PoE switches take two forms: managed and unmanaged. While an unmanaged device provides basic connectivity, it broadcasts received images to every connected device, creating unneeded network traffic. It also lacks the remote access functionality used by network administrators to optimize network performance. For example, the Antaira LNP-0702G-SFP provides seven ports for Ethernet devices and complies with both the IEEE 802.at and af standards. However, it has no options for remote configuration, management or monitoring. Simply put, it’s a plug-and-play device.

Conversely, a managed PoE switch like the LMP-1002G-SFP series, uses functions such as Internet Group Management Protocol (IGMP) to direct traffic only where it is needed, so reducing traffic and allowing higher speeds.  A network administrator may remotely access and configure how the switch operates.

For reliable performance over extended periods, camera communication equipment including switches and cables should be of industrial quality. It must be rated for a wide temperature range and provide both surge and ESD protection. Ideally, Ethernet switches will be DIN-rail mountable for easy installation into an enclosure and accept 24V or 48V DC input.

A non-PoE camera needs two cables: one to send images and one for power. Moving to PoE eliminates the power cable which saves on cable as well as power supplies.  And, it also reduces installation costs and improves reliability.  For powering several cameras, a PoE switch reduces complexity.  If used in conjunction with a wireless bridge, it avoids the need for lengthy above- or below-ground cable runs.

Cameras are invaluable in a host of surveillance-type applications.  However, installation is often time-consuming and complicated. Adopting IP cameras with PoE technology eliminates the need to run power to every camera. Instead, power is supplied through the Ethernet cable simplifying installation. For camera setups, networking switches and bridges provide reliable connections, reduce the amount of cable and utilize existing infrastructure.

Whether designing a new security system or upgrading an existing one, PoE has many benefits. To learn more about PoE hardware and technology, talk to a product specialist at Westward Sales.