WiFi 6 Standards Are Here. Here’s What You Need to Know. 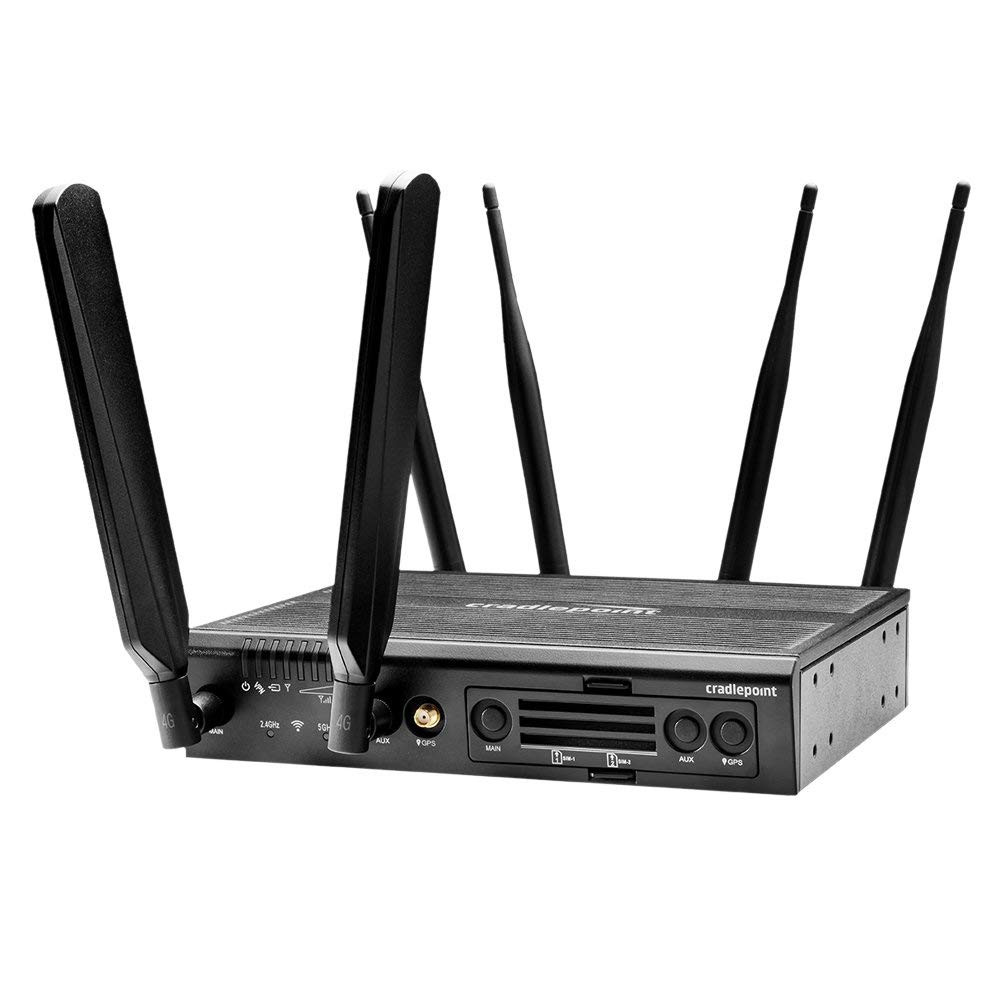 WiFi 6 is officially here. While the technology has been in play for the better part of two years, the standard has only recently been finalized. The Wireless Broadband Alliance (WBA) conducted trial deployments and came to final conclusions on their standards for WiFi 6. You can expect manufacturers to follow this standard moving forward. The new designation is IEEE 802.11ax, and it will identify technology that is adherent to the standard. Here’s what you will need to know.

WiFi 6 is The New Standard

WiFi 6 massively upgrades WiFi capabilities, and it is doing so through several feature enhancements, expansions, and additions. Virtually every WiFi component is improved with the IEEE 802.11ax standard, leading to better user capacity, data rates, latency, and power efficiency.

MU-MIMO (Multi-User, Multi-Input, Multi-Output) allows multiple wireless devices to communicate with a WiFi router simultaneously. It was introduced in the IEEE 802.11ac Wave 2 wireless standard, also known as WiFi 5, to provide concurrent communication. The previous standard, IEEE 802.11n, allowed routers to communicate with multiple devices but only with one device at a time. Other devices waited their turn. This created congestion when many devices were connected to the network. MU-MIMO supports four simultaneous data streams resulting in significant performance improvement. With WiFi 6, simultaneous streams are expanded to 8 or more. That alone is a major boost, but WiFi 6 has an additional advantage, too. Smart routers can output data streams over both 2.4 and 5 GHz frequencies to a single user, allowing them to handle considerable total bandwidth.

WiFi 6 moves from the 256-QAM quadrature amplitude modulation standard in WiFi 5 to 1024-QAM. With this modulation range, WiFi 6 can encode more bits per packet. In simple terms, the 1024-QAM standard allows for a 25-percent increase in throughput. While this has obvious advantages for maximizing data rates, it also improves efficiency in high-traffic situations. Thus, 1024-QAM is a major advance that makes WiFi 6 ideal for modern enterprise applications.

Orthogonal frequency-division multiplexing (OFDM) is an integral part of signal processing for WiFi connections. The concept has been around since the 1970s, but each new generation of OFDM brings powerful upgrades. WiFi 6 uses a longer OFDM symbol, and by allowing four times as many subcarriers, it breeds greater stability and a total speed increase of roughly 11 percent. OFDM also reduces latency. The expanded signal allows for greater simultaneous packet delivery across users. It reduces the wait time between packets and makes for a more efficient communication system.

WiFi 6 hits every component of communication, including the band and channel width. WiFi 6 expands the 80 MHz band and adds 160 MHz communication. Doubling the channel width allows for routers to handle more users and provide larger streams per user. Developers of WiFi 6 devices, such as Mobile Mark and Panorama Antennas, tout the optimized band and channel range as one of the primary improvements for 8K streaming.

Base Service Station Color (BSS Color) is a system that identifies adjacent networks and marks them. It makes signal filtering substantially easier for smart routers and minimizes network conflicts and interference. BSS Color is another WiFi 6 enhancement that increases efficiency, and in enterprise systems, it allows segregated networks to cover the same physical area without losses due to interference.

Target Wake Time is a WiFi 6 feature built with IoT in mind. The feature allows each device to negotiate wake time for sending and receiving independently. Ultimately, it increases total sleep time to maximize battery life. When it comes to mobile devices and IoT, this feature enables many additional networking options.

WiFi 6 has been in practice since 2019. WiFi 6E is now being deployed with additional upgrades for WiFi 6 networking. WiFi 6E primarily expands the utilization of the expanded band and channels. The protocol features 1200 MHz of spectrum and adds 14 channels in the 80 MHz band and 7 superwide channels in the 160 MHz band. Wider channel bandwidth increases the data packet size so that more data may be sent in the same amount of time. WiFi 6E offers an additional band – 6 GHz. A router or access point can now use one, two, or all three bands, i.e., 2.4, 5.0, and 6 GHz, to transmit data to user devices. Ultimately, WiFi 6E is a specialized expansion designed for ultra-high traffic density (like sports stadiums).

Panorama is one manufacturer that is keeping pace with WiFi 6 standards. The MAKO antenna series, for example, offers a model with 6×6 MIMO WiFi with support for 2.4, 5, and 6 GHz frequencies. With up to nine integrated antennas, it transmits hefty amounts of traffic. It is designed for enterprise-class wireless access points and routers. For example, the MAKO is even approved for the E3000 from Cradlepoint, a high-performance router with 5G cellular and WiFi 6 interfaces.

Every enterprise network will want to take full advantage of WiFi 6. A WBA survey suggests that the standard’s commercial deployment will reach 65-percent market saturation by the end of 2021. Keeping up with that pace will require a good strategy for integrating WiFi 6 into existing networks.

The most important facet of integration is understanding backward compatibility. WiFi 6 is completely compatible with WiFi 5. Additionally, WiFi 6 can use new dual-band features without interrupting dual-band services provided by WiFi 5 devices. As far as these concepts are concerned, WiFi 6 can be added to WiFi 5 infrastructure ad hoc with virtually no customization or specialization. The primary strategy is to deploy WiFi 6 in the areas with the heaviest traffic and highest data demands. The lack of hand-holding needed to integrate the two standards makes strategizing quite simple. There is no need to refresh the entire WiFi 5 network infrastructure as you expand to WiFi 6.

Access points that fully utilize all the new WiFi 6 features will have a greater power draw than their WiFi 5 counterparts. Increased power requirements will prove to be one of the major concerns in industrial networks that have little flexibility in power routing or space. Ultimately, the power needs will depend on the device in question, but it is prudent to begin planning to provide more power to key access points that you want to upgrade to WiFi 6. As a ballpark, early WiFi 6 access points are drawing 30 watts or more, which may constrain some networks. Fortunately, there are devices, like the Antaira LMP-0702G-SFP-bt managed PoE switch, that can power WiFi 6 powered devices (PD) and connect them to your network.

WiFi 6 introduces a new wrinkle into the WLAN network design. With older systems, WLAN traffic rarely works fast enough to overwhelm Gigabit Ethernet connections. With WiFi 6 though, the increase in traffic density and throughput can turn Gigabit Ethernet into a limiting bottleneck. It will be important to consider potential bottlenecks and ensure that uplink loading is sufficient for the planned traffic.

Whenever adopting cutting-edge technology, it is essential to consider compatibility across vendors. The earliest WiFi 6 devices were designed and deployed before the standard was finalized. Using these devices can limit compatibility and put you in a limited ecosystem that impairs scalability and futureproofing. Double-check that any deployed hardware is standard-compliant to prevent this problem.

WiFi 6 is Here to Stay

It is time to prepare for WiFi 6 as manufacturers begin to follow these standards going forward. There are many advantages to WiFi 6, but integrating it will not come without challenges. WiFi 6 devices will need more power, sufficient uplink loading speeds, and may not be compatible with all other devices from the get-go. Prepare your teams and systems now for this exciting new chapter. Contact Westward Sales to learn more about routers, antennas, and other WiFi 6 and WiFi 6E compatible devices.

One response to “WiFi 6 Standards Are Here. Here’s What You Need to Know.”